Animals and Africa; Plants and South America; Humans and India

I just finished the second of two books I read back-to-back. Well, actually I listened to them on Audible (www.audible.com). (While in many cases I prefer reading books, this one is particularly wonderful to listen to I find the reader, Simon Vance, excellent and the South African accents enjoyable). When I could, I listened for hours at a stretch, without stopping. The Elephant Whisperer  and The Last Rhinos  by Lawrence Anthony, with Graham Spence. Mr. Lawrence Anthony was South African and, with his wife Francoise and a brave team, ran Thula Thula Game Reserve, and led fierce, tenacious and often effective conservation efforts. [There is so much  work that continues to need to be done with these efforts. In the few weeks since I first posted this, Sudan–the very last male Northern White rhino–passed away and there has been news that the noble giraffe is silently slipping onto the Endangered Species list.]

Mr. Anthony was a phenomenal lover of, champion and protector of, and communicator with animals. His down-to-earth nature was coupled with an embrace and understanding of the subtle internal and external realities in and of the animal world. His experiences reveal his connection to animals—especially elephants—and inspire a better understanding of their unique abilities to communicate and of our potential as human being to communicate–certainly with them, but also with each other.

Consider this passage about Nana, the magnificent animal who is the matriarch of the Thula Thula herd:

Elephants have their own private wavelength which they use for elephant-to-elephant communication. It’s called infrasound. These incredibly low-pitched rumbles are barely audible to humans, but they travel over vast distances, some say hundreds of square miles. Nana could feel the thudding rumbles coming in from a herd in the nearby Umfolozi game reserve with the news of the day. Not only could she hear it, but she could also pick up the vibration through her feet. Replicas of the airborne rumbles were coming through the ground as well. Incredibly, elephants are able to use seismic vibrations at infrasound frequencies to communicate. (p 169)

Mr. Anthony also describes several times throughout both books, the calming effect that these stomach rumblings can have, not only on other elephants, but also on him. In one instance, he is communicating with Nana and relates:

Nana walked up to the car and poked her trunk inside, sniffing me and touching my face. I was instantly wrapped in that incredible bubble of contentment again, one of the finest sensations in the world. (247)

To say that these books are the most deeply and broadly inspirational books I’ve read in a very long time, is not hyperbole. I admit that there were parts of both books that inspired in me despair, but the net effect is deep gratitude, a widening perspective, and inspiration. And (a little) hope.

Directly after finishing the books, I took a walk, reflected on the truly refined abilities of this unique juggernaut of a gentleman, and how his ability to communicate with animals seemed to assist him in communication with humans, even in the most dire and extreme of human circumstances.

As I continued walking, I considered how various places sometimes seem to be or act as specific receptacles for different types of magic or knowledge. Some time ago, I believe I shared with you some thoughts related to the work of Anna Breytenbach. (Worth a watch). Anthony and Breytenbach– two very different individuals –are both from South Africa. Between the two, they have awakened literally millions (Breytenbach’s video has—of this writing—more than 6.5 million views) of people to the depths of the intelligence, and communication abilities with which animals are gifted, and inspired us to better understand, appreciate, communicate with and protect these incredible beings.

Just this morning, I read that UNESCO just announced the 1000th World Heritage Site: The Okavango Delta of Botswana where, “all told, around 200,000 species of mammals, 400 types of birds and 70 different fish species live … making up one of sub-Saharan Africa’s most diverse ecosystems.”

Thank you, Continent of Africa. Between the tragedy of the scale of loss of animals, and the efforts afoot to increase awareness and protection, it seems you may have a gift for us. Waking us up to the peaceful and protective communion with and, in many cases, even awareness of– the existence and spirits of these creatures.

Or maybe it would be more accurate to thank the vidyā of Africa, or of the animal kingdom.

In my experience in and with India, I have learned a habit of understanding significant positive trends as the natural result of the intent of a vidyā—a divine embodiment of a body of knowledge, a concept, or coherent constellation of experiences. In India, we consider there is a divine embodiment, for example, that represents the body of knowledge we call, “Ayurveda.” There would exist one each for the bodies of knowledge we call, “Sanskrit,” “Vastu Shastra” (the Indian equivalent of Chinese Feng Shui), Jyotiṣa, (astrology) art, dance, music, etc. We could also consider there is one for Oriental medicine, Tibetan or Western science. And maybe even for the plant or animal kingdoms. If a particular vidyā were to wish humanity to wake up to one of her truths, she (or he) would facilitate and coordinate events, people, animals and plants such that we would, “woke” (to use current parlance—possibly in the correct way…possibly not) to it. 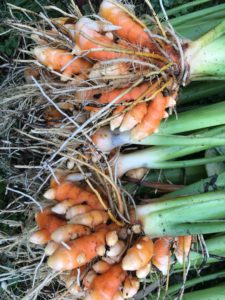 There is a similar story to Africa’s with animals going on in South America, with plants. As of 2017, globally, tropical forests were being destroyed at a rate of 31,000 square miles (at least 8 million hectares) — an area the size of the state of South Carolina–every year. According to research by Matt Hansen of the University of Maryland, Brazil was one of four countries that had the highest rates of rainforest loss between 2012 and 2014.

While that is discouraging, it has felt to me very much, over the last decade or so, that the vidyā of the plant kingdom has been particularly active in South America. I wrote about this in, “Sin, Virtue & Plant Medicine: How Human and Plant Behavior Affect Each Other” as well as in Part V of The Four Qualities of Effective Physicians. Whether or not you have consumed– or even heard of –Ayahuasca or plant medicine in general, there is a relationship with plants in South America that has influenced and infiltrated its neighbors to the North, as well as around the globe.  Their emphasis on communion with, and respect for plants (well in addition to Ayahuasca) has gone beyond harvesting herbs as remedies for what ails us. There is an abiding respect for, and attention to and practice of listening to what the spirits of the plants are attempting to convey to us. 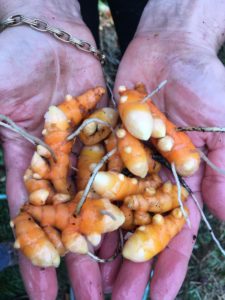 Thank you, vidyā of South America. Or plant vidyā.

And then there’s the humans. I have been steeped in Indian culture and tradition to one degree or another throughout my life. It is from India, where I have found much of what I have learned about knowing myself—a member of the human species. Practicing what I have learned has been formative in how I’ve learned to communicate with others, not only of my own species, but with those in the animal and plant worlds. I’ve written at some length about these communication practices in various parts of The Four Qualities of Effective Physicians.

especially chapters 2 (Perception: Refining Our Ability to Perceive Knowledge), which goes into four categories of communication and Part IV, especially chapter 34 (The Mechanics of Emotional Contagion: Who Affects Whom?).

I have found that the more closely associated I become with my own inner terrain, the more interested in and comfortable I become with plants and animals. Likewise, with close association with animals or plants—the more I learn of my own inner terrain. The awareness and ability to communicate in one realm amongst humans, animals and plants, translates in all three realms, expanding our world views and self-definition.

It is not to say that countries or inhabitants of countries other than the ones I’ve named have neither experience with, nor contributions to make to the realities and practice of communication amongst humans, animals and plants. There are countless contributors in every country. It is simply to acknowledge that, in my life and experience, the Continent of Africa has yielded some of the most enlivened and inspired contributions to awareness and possibilities of communication with animals; South America with plants and India with humans. And to express my gratitude.

Thank you for being there.