Good vs. Evil; Devas vs. Asuras; Good Planets vs. Bad Planets: If We are Scientific, Why We Should Even Bother With Stuff Like Myth, Movies & Astrology?

14 Jan Good vs. Evil; Devas vs. Asuras; Good Planets vs. Bad Planets: If We are Scientific, Why We Should Even Bother With Stuff Like Myth, Movies & Astrology?

A few months ago, I was reading about how one of the big Hindu Gods (Brahma) was lusting after his own daughter. She would try to escape his line of vision but he kept creating himself new faces, so he could continue to look upon her in this creepy way. 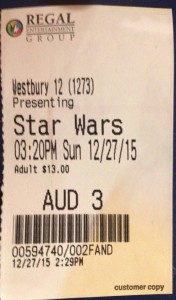 There are more than a few stories of gods—even the Big, Important ones, doing creepy things. I’ve recently been contemplating the difference between the gods or devas (generally considered benevolent etheric beings) and asuras (generally considered malevolent etheric beings). As I wrote to a friend, “I mean, they all say, ‘if you propitiate me sufficiently I will make your life great and if you disrespect me I will cause you great suffering.’ And they all go about having sneaky s#x with people they shouldn’t or killing people or tricking people. So. What is the difference? Any thoughts?”

My friend replied that he had been told the difference was that the devas are interested in mokṣa (spiritual liberation) and the asuras are not. I resonated with this and also felt it was a question that wasn’t done with me yet.

It nagged at me, if that is the right word, during the week that my friend Dr. Robert Svoboda and I were co-teaching a course on the planets in Vaidyagrāma, because we were talking about the planets and, among other things, their role in Jyotiṣa (Indian astrology) and Ayurveda.* And there is a lot of overlap between planets, and the devas and asuras.

Like devas and asuras, some planets are considered “good” and some “bad.” For example, Jupiter is generally taught to embody the qualities of teacher, preceptor, wisdom, expansion, earth, sweets, etc. “He” is also considered to be the preceptor of the devas—the “good guys.” Lots of “good” things associated with Jupiter. Good stuff is associated with Venus too. And the moon. Sometimes. And Mercury, as long as he is hanging out in good situations, with good company.

Saturn, on the other hand is considered to be ugly, lame, slow, frightening and exacting in “his” deliverance of difficulties. (Actually, he’s just seeing to it that we reap what we ourselves have sown, but nobody looks forward to that, when it comes time to reap thorns we have sowed). Saturn is associated with, “bad” stuff. As are Mars, and Rāhu and Ketu (which are nodes. Not really planets. But never mind that now). And the Sun. And the Moon. Sometimes. And Mercury sometimes.

When it gets right down to it, it is hard to tell the difference between devas, asuras and the planets. Indeed, they are often related by close familial ties. Consider these associations between the planets and other planets, planets and the devas, and devas and other devas:

When we begin to learn Jyotiṣa, we find that each planet takes a turn governing us in our lives. We begin to dread the turns of the, “bad” planets and look forward to the, “good” ones.

But the asuras and devas are all half-siblings and the planets are mixed in with them and each other and the gods and goddesses to such an extent that it is hard to separate the good from the bad. It is perhaps more difficult even than sorting out whether it’s Rey (Daisy Ridley) or Kylo Ren (Adam Driver) we should be rooting for in the Star Wars: The Force Awakens.

Certainly, anybody who has studied Jyotiṣa a bit will acknowledge that the tough planets are not all bad, of course. Consider, for example, that Saturn is also the planet of discipleship. Through discipline, much can be achieved and purified. Mars, as well as indicating anger and irritability can also indicate motivation and courage. Lots of “good” things are associated with “bad” planets. (But often these good things are products of difficulty. Like, you could write a grade-school-type essay on, “what my difficult time taught me” and the, “good,” valuable “lessons” that emerged, but those “good” things were by-products of “bad” things).

So, the question remains: what is the difference between the good guys and the bad guys, when one cannot necessarily decipher this through their actions?

One of the first days of my stay at Vaidyagrama, my friend and colleague, Erick Schulz leant me a book. My Gita, by Devdutt Pattanaik. It is a reflection on the Bhagavad Gita—one of the preeminent spiritual texts in India. I’d had it laying about my room for a few days, when I picked it up and opened to this passage:

“Vishnu ascribes greater value to the devas over the asuras, for the former look beyond the material, for some time at least. Both the Pandavas and the Kauravas are fighting over property, but at least Arjuna is listening to the possibilities beyond.” (p. 129)

While this is simply Mr. Pattanaik’s opinion, I found it noteworthy that I should open to this page when this was my very question, and so I perhaps found more meaning in the passage than I may have otherwise. I read further that the asuras are confined to paying attention to the literal and measurable, while the devas are paying attention also to metaphorical and non-measurable possibilities.

From this point of view anyway, the difference between the devas and asuras– between good and bad, is the willingness to be open to possibilities we cannot necessarily measure.

To me, this leant significance to the conference we were participating In—The 5th International Ayurveda Conference, Where Science Meets Consciousness: Exploring Interconnectedness Of Man And Nature. There had been some criticism by at least one organization that, while they were trying to distance Ayurveda from Yoga (presumably to buoy recognition of Ayurveda in more Western scientific circles) here we were, not only continuing to associate the two, but also including such ethereal and “unscientific” subjects as Jyotiṣa and Vāstu Śāstra (Indian Feng Shui) in our discussion of medicine. In a similar vein, I had recently received a review of my new book, The Four Qualities of Effective Physicians, where the reviewer found some of the stories I included to, “strain credulity” and, on this basis, rated the book rather lower than he might have otherwise.

I don’t offer these examples in order to receive consolation emails about how wrong those criticisms are (nor, for that matter about how correct they are). I include them to allow an opportunity to explore why some health care practitioners may include Jyotiṣa or other etheric-seeming subjects, anecdotes or stories in a serious discussion on medicine and health. One does not need to believe in Jyotiṣa or myth in order to practice Ayurveda. But, we may include these subjects in our explorations because we are willing to explore possibilities beyond the measurable, literal, seemingly-rational. Possibilities may be, as Mr. Pattanaik suggests is Lord Krishna’s evaluation, the doorway to a daivic (benefic, deva-like) approach to life. It may be unwise—certainly unhelpful—to be so consumed by our idea of medical science that we shut ourselves off from possibility.

Practitioners of medicine (or astrology, for that matter) are in the business of suffering. No matter what modality of medicine we practice, we find limits to the measurable and “rational” when it comes to effectively address this suffering. One way we can practice opening our minds to the possibility of a Reality greater than our idea of It, is by exploring esoteric territory associated with myth, story or astrology. This allows us to entertain possibilities for healing previously unexpected and unimagined. As I discuss in more depth in the The Four Qualities of Effective Physicians, if we trust in Possibility, our confidence may well have a positive affect on the healing process for our patients.

For discussions on each of the planets of Jyotiṣa, consider taking our online course, The Planets: Exploring Our Relationship with the Nine Archetypal Personalities, co-taught by Dr. Robert E. Svoboda and Dr. Claudia Welch.

*while I have studied Jyotiṣa, I am not a Jyotiṣi (astrologer). I don’t give readings. I was not teaching astrology. I was simply sharing my understanding of the nature associated with each planet.

New: Women’s Health & Hormones online course taught by Dr. Welch, with an innovative approach to understanding women’s hormones and health conditions. Designed for everybody, regardless of medical background, from MDs to professionals of Ayurveda or TCM, to anyone interested in women’s health.
TAKE THIS COURSE
Posting....