The Value of “Screen” Use, “Screen” Detox, & Loving Touch 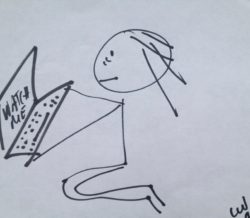 As of January 2011, a Kaiser Family Foundation study found that, if you were an average young American, you would be spending almost every waking minute, outside of time in school, on either a smart phone, computer, TV or some other electronic gadget.[1] 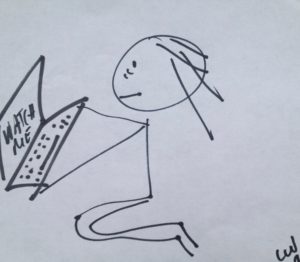 Often, no matter what our age, we use more than one of these gadgets at a time. In a small, but possibly revealing, study by IPG Media Lab and ad platform YuMe, it was found that 60% of TV watchers played with their cell phones while they were watching, 33% while they were on their laptops and 12% while they were working. Only 6% watched TV without other distractions.[2] . It appears we are needing—or at least cultivating—distractions from our distractions.

According to the Kaiser study, Americans aged 8 to 18, were spending over seven and a half hours a day on electronic media and, because many of them are on more than one gadget at a time, it actually adds up to about 11 hours of media content. Plus about a half hour talking on their cell phones, and extra time for texting. That can add up, too. On average, an American teenager sends or receives 75 text messages a day. In one dramatic exception, over the course of one month, a Sacramento, CA girl sent or received about 10,000 texts every 24 hours.[3]

Not surprisingly really, it has been found that heavy users (those who “used” at least 16 hours daily) of electronic media, suffered from more behavioral problems, were more likely to be bored or sad, and have lowered grades than students with lighter usage. Other studies have established a link between usage and obesity.[4] Back in the 17th century, pre electronic gadgets, French philosopher Blaise Pascal wrote, “Distraction is the only thing that consoles us for our miseries, and yet it is itself the greatest of our miseries.” One has to wonder what he might think of the current state of affairs.

Dr. Michael Rich, a pediatrician at Children’s Hospital Boston, suggests it is time to stop debating whether media usage by children is a positive trend or not and that it is time to accept it as part of the environment of today’s children, “like the air they breathe, the water they drink and the food they eat.”[5] 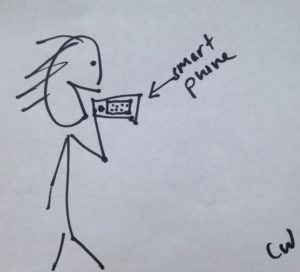 Curiously, it turns out that more than half of the young people surveyed in a recent study, would trade smelling that fresh air and tasting that food and drink, for electronic gadgets. Yep. You heard me. (Okay, read me). (Okay, read those words). Of the 16-22 year olds that a recent McCann study surveyed, 53% would sooner lose their sense of smell than lose their laptop or cell phone. 48% of 23-30 year olds would make the same choice.

Since sense of smell is associated with the ability to taste, this choice would render two of our five senses (smell, taste, sight, touch and sound) impaired.[6] This does not bode well for the earth and water elements—that relate to the senses of smelling and tasting, according to Ayurveda—and serve to ground and stabilize our environment and us.[7] These two elements are responsible for the bṛmhaṇa, or yin, qualities that nourish and ground us. If we don’t value the earth and water elements in our own bodies, how can we expect to value them in our environment?

There are some notable examples that reflect a growing response to our reliance on electronic distractions. In 2009, the first Internet Detox Center in the US was opened on a tranquil 5-acre piece of land only a few miles from Microsoft’s headquarters in Washington State. The center features a 45-day recovery program that uses mindfulness training, nutritional education, adventure outings, and programs that are similar to 12-step programs, to help patients reconnect with the “real” world. Other internet detox facilities have been established in South Korea and China as well.[8] 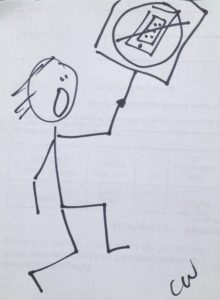 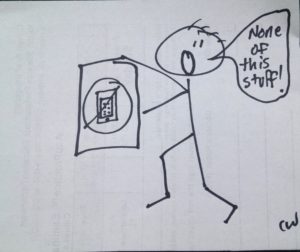 There are also those who value a media hiatus so much that they will pay $2,285 a night for the privilege of staying in a media-free room like the cliff-top rooms at the Post Ranch Inn in Big Sur. In a recent opinion piece for the New York Times, Pico Iyer writes that the future of travel lies in “Black-hole resorts,” that cater to the traveler’s wish to experience life sans media.[9]

Whether it is a detox center on tranquil acreage, a plush resort or austere ashram that forces a retreat from electronic gadgets, time in a natural, serene setting has positive effects on us. Mr. Nicholas Carr, author of “The Shallows,” writes that recent studies show that time in such environments supports better attention, memory and cognition, and causes people’s brains to become more calm and sharp. Neuroscientist Antonion Damasio has found that deep thought and empathy are dependent on “inherently slow” neural processes.[10] Perhaps slower, calmer environments support these processes.

It is all well to denounce excessive use of media, but it may be useful to consider the reasons so many are addicted—or at least more addicted than we’d like. As with other addictions, there may be an element of self-medication.

In classical Ayurvedic literature we are told that everything that exists has the potential to act as a medicine. There may be relief through media use. For the same reasons that it may not always be prudent to take the drink away from someone without replacing it with programs or something—or some things—that serve to address the root cause or dis-ease that is related to why the person is drinking in the first place, we may want to replace the media use with something else that can increase oxytocin.

Why oxytocin? Glad you asked. And, in case you forgot, oxytocin is sometimes called “the love hormone” or “the cuddle hormone.” It increases when we feel really connected with someone. It is the opposite of stress hormones. It makes you feel relaxed, trusting, generous, affectionate and calm. People with higher levels of oxytocin are better at reading faces, they engage in more open communication, deeper feelings of connection, and feel less isolated. Oxytocin also is a natural pain reliever and improves sociability.

Consider this: When we use social media, like twitter or facebook, we experience double digit increases in oxytocin. In one dramatic example, a young man had a 150% spike in oxytocin when he was interacting on his girlfriend’s facebook page.[11] We can use the internet and become afraid or excited, causing an increase our stress hormones or dopamine, but we can also use it to feel connected to ones we love, or media experiences or topics that soothe us and increase our soothing hormones, and increase our oxytocin. If a teenager—or any one of us for that matter, is using the internet to feel more connected to someone or something meaningful and grounded, it may not be beneficial to take that away without replacing it.

Communication theorist, and Canadian scholar, philosopher and educator, Marshall McLuhan passed away in 1980, before the years of home computers and internet. While here, he gave this prophetic warning, “When things come at you very fast, naturally you lose touch with yourself.”[12] When we have lost touch with ourselves, we may use the internet to stimulate a feeling of connection. But there are other ways to do this. Ways that do not carry malefic side effects.

One of the most reliable ways to raise oxytocin is through regular, kind, non-sexual touch. Touching, holding hands with and hugging our partners, our children, our pals, in the spirit of love, camaraderie and appropriate intimacy increases oxytocin both in us and in the ones we touch. Getting or giving a massage raises oxytocin levels significantly, especially gentle massages. I love this. It means that, when I reach out to make my friend feel better, I feel better.

You may have heard, and it is true, that orgasms stimulate a rush of oxytocin in both men and women. This is true, but sometimes it may last only minutes. To have regular loving, appropriate, kind touch with people we love can keep oxytocin levels up and help counteract the negative effects of increased stress hormones.

Are you reading this and cringing because you don’t like being touched? I don’t know if it will help, or simply be irritating to know that this can be a symptom that your own oxytocin levels are low. It is a catch 22 sort of thing. When we are not touched, then our oxytocin levels decrease and, when they are decreased, we don’t want to be touched. This would be okay, except that oxytocin, being such a fabulous antidote to stress hormones, is a valuable commodity in today’s world that trades in damaging levels of stress hormones. Gratefully, if we can begin being receptive to touch, our oxytocin levels raise, increasing our enjoyment.

If you really have an aversion to being touched, at least spend time with people who do, or who have increased oxytocin levels themselves. Though researchers do not know why this is true but, even being in the same vicinity as someone with an elevated oxytocin level will elevate your own.

I am reminded of my teacher’s words to me, when I was eight years old, “Keep Good Company. Good company makes a man great.” Also, calm and connected. 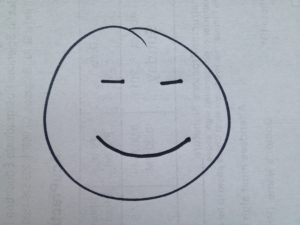 [7] . In Ayurveda, we understand that the entire universe is comprised of five elements—not like elements in the Table of Elements—but archetypal combinations of qualities that form and contain matter, represented by the five elements: Earth, Water, Fire, Air and Ether.

[this article is repurposed here from a newsletter from Dr. Welch in 2011]