Posted at 15:43h in Ayurveda: Health in Daily Living by Claudia Welch 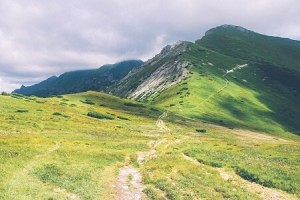 takes some effort to get to neutral

Hoping this finds you all well.

Though it is unlikely that this will find everybody well. What makes me speculate thus? Because so many of us are on drugs.

A new study[1]  followed 98.7 percent of the entire population of Olmsted County, Minnesota. That’s 142,377 people. They’re thinking it is a pretty decent reflection of the state of affairs in the US.

And what is that state of affairs?

Close to 70 percent of US residents are on at least one prescription drug and, most likely, those drugs are antibiotics, antidepressants—the second most common prescription—or addictive painkilling opioids.

More than half of the 142,377 people take two prescription drugs. And twenty (TWENTY) percent are on five or more prescription medications.

Despite the capital letters and general tone of shock, it’s not actually that surprising. When we look at the guidelines for health that are described in the ancient texts of Eastern medicine, we see that it takes time to follow them. Time: a rare commodity in the modern world.

Ayurveda prescribes dinacharya that could take a couple hours to complete. I’ve more than once (understatement) seen people wax incredulous: “You want me to what?!”, as if I devised this as some kind of personal special torture. How could someone with a busy schedule like theirs possibly find this kind of time? I must live in a fantasy world or be a trust fund baby.

I don’t live in a fantasy world (although Vermont is pretty close to one sometimes). I’m not a trust fund baby (unless you count living on Trust). I just have studied what it takes to get to neutral.

Forget developing great physical prowess, strength, flexibility, mastery of emotions, spiritual adeptness. I’m just talking about getting to neutral. What it takes not to nosedive into illness, entropy and disrepair faster than necessary.

It takes time. That’s not a moral judgment. It’s just the truth. To exercise, practice some form of mediation, buy, cook and take time to eat good food. It takes time. Probably a couple hours a day. Let’s take a very brief, and somewhat arbitrary, look at each of these components.

In “Hazards of Hospitalization of the Elderly”[2] Morton C. Creditor, MD describes factors that contribute to dramatic decline of the conditions of the elderly, once they are bedridden for even a few days. Though the paper mostly related to the elderly population, it included some take home messages for all of us. Consider these salient points:

-For normal, healthy men, vertebral bone loss increases to 50 times the normal rate when they are bedridden. It takes four months for them to restore the bone loss that occurs within 10 days of bed rest.

-Young men lose 10% of their muscle strength within one week of being bedridden. When they don’t have any voluntary muscle contraction, it decreases 5% per day.

-Bed rest, laying flat on your back, results in significant loss of plasma volume. Then, when you get up, you are weaker, more light-headed and faint and have less tolerance for exercise.

Most of us aren’t bedridden, but it takes time every day, to get blood moving and lungs active. This supports and refreshes overall health, as moving blood helps deliver nourishment to and remove waste from, our organs and tissues. This is just to maintain status quo. If we want to increase flexibility or strength, we need to spend more time.

This could be a long discussion, but here are a couple interesting facts. To stay neutral, we actually have to “accentuate the positive,” as Johnny Mercer suggested.

In The Science of a Meaningful Life Getting the Ratios Right, Christine Carter, Ph.D. explores what it takes to stay well adjusted.[3] Here are a couple examples.

It might seem like these people are more than neutral–that they are overly positive, but researchers have found that negative emotions and experiences affect us more dramatically than positive ones. To avoid losing ground, we need to have more positive experiences and feelings. Perhaps we have evolved so that fear lasts longer than joy (it generally does) in order to stay alert to potential bodily threat, but it generally does not serve us in our modern daily lives. We need to cultivate the good stuff just to tread water.

It takes work to stay neutral. For some of us it might take a little extra work.

Consider the case of Stephen Mather, founder of Borax and the first director of National Park Service. He found that the best remedy for his periods of, restlessness, depression and withdrawal, was spending time, often alone, in the wilderness. On one notable occasion, his wife put him in a room, allowed only pictures of Yosemite, for 18 months, before he emerged in time to put up a gallant, and successful, fight against special interest groups in an effort that ultimately allowed the Grand Canyon to be preserved as a Nat’l Park. Of course, Mather was born shortly after the civil war. That kind of self-care probably wouldn’t fly in the 21st century.

President Warren Harding took five protracted visits to a sanitarium to rest and recover from fatigue and overstrain. Again. Hard to imagine someone could get elected these days if they indulged in that sort of self-care.

Sometimes it takes a long hiatus from business-as-usual, just to return to neutral. Just the way it is.

Again, this could be a long chat, but here are a few interesting facts:

My guru used to say that it takes three hours (three hours) of meditation, daily, to counteract the impressions gathered in one day of living in a city.

So, it is not some huge deal when we do a short meditation every day. That alone is not likely to catapult us to enlightenment or Samadhi anytime soon. It may barely be enough to keep us treading water.

Here’s the thing. That two hours of dinacharya—daily self care? That’s not some lofty thing only for those with lives of leisure, designed to help the few and privileged achieve the summit of a Mount Everest of physical, emotional, mental and spiritual health. It is simply what most of us need just to get to neutral.

Thank you for being here.